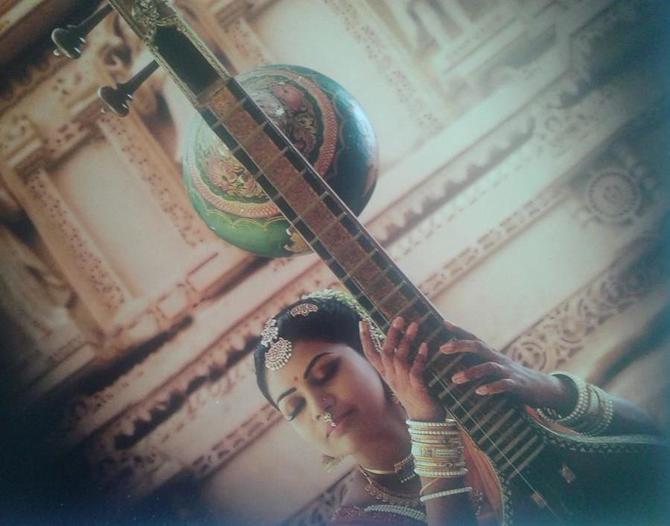 The Royal Customs and Traditions

Greeting A Member Of The Royal Family

On presentation to The Raja, the correct formal address is “Your Royal Highness“ in the first instance and thereafter as “Sir“.

For male members of the Royal Family the same rules apply, with the title used in first instance being “Your Highness“ and thereafter as “Sir“.

For female members of the Royal Family the same rules apply, with the title used in first instance being “Your Highness“ and thereafter as “Ma’am“. 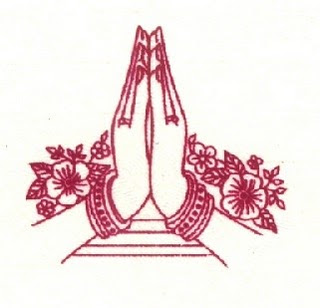 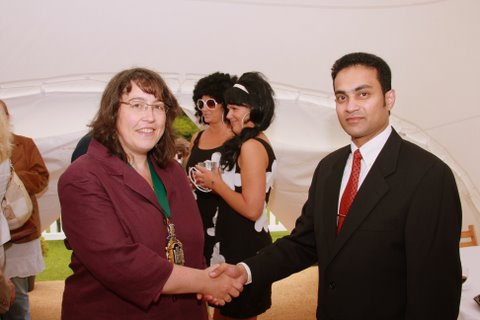 Sri Lanka has a diverse culture with different ethnicities. In Tamil culture, the gesture is known as “Vanakkam” and the Sinhalese way of greeting is by saying “Ayubowan”. The two palms are placed together in front of the chest and bowing the head slightly whilst saying the word “Vanakkam” or “Ayubowan”. The western custom of shaking hands is the customary form of greeting, but you have to wait until The Raja extends his hand, and you may give it a brief and gentle grasp. 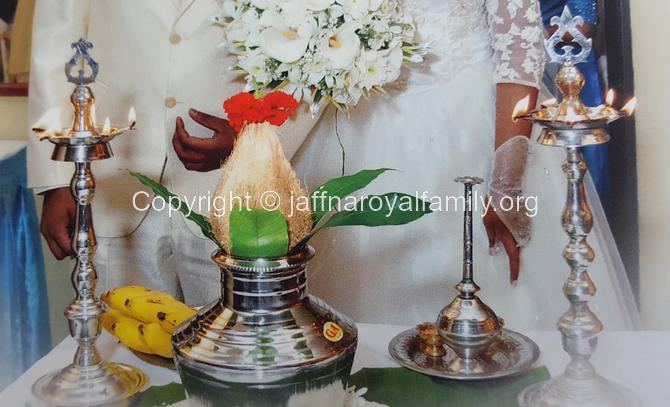 “Alathi” is the traditional welcome extended to guests. The guests are welcomed with fragrant Rose Water (Paneer) which is lightly sprinkled on guests. The “Pottu” is the application of a “Kunkumam” and “Chandanam” dot adorned on the forehead of the guests. The Kunkumam is a red powder made of Turmeric or Saffron and the Sandalwood paste is called Chandanam. After the “Alathi” it is inappropriate to sprinkle Rose Water, and to adorn the forehead of The Raja with Kunkumam and Chandanam Pottu. 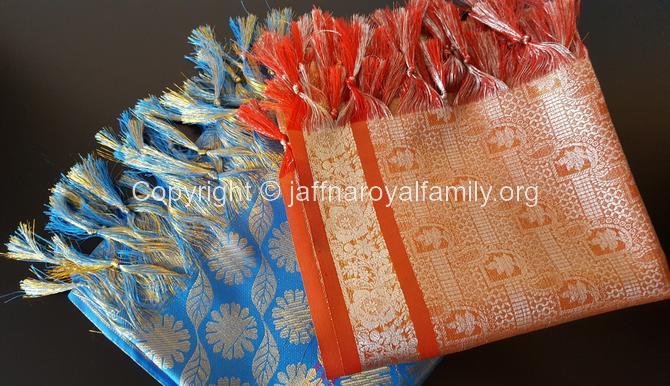 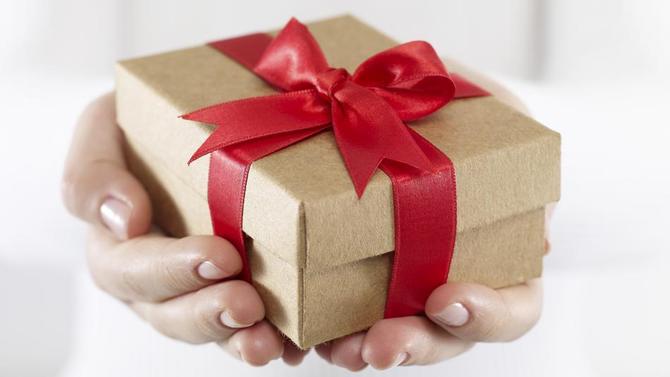 Etiquette For Presentation Of Gifts

If you are presenting a gift in the form of a souvenir, letter or flowers to The Raja in a formal function, present the gift with both hands as a sign of courtesy.

The custom of inheritance of the throne is passed on according to primogeniture in the Kingdom of Jaffna. Failing this, if there are no sons, the throne passes to the Brother or a Nephew, the son of a Brother or a Sister.

The first twelve monarchs, who succeeded their fathers, were independent monarchs of the Kingdom of Jaffna. The rest of the Kings of Jaffna ruled under the suzerainty of the Portuguese.

All members of the Royal House hold the Title of "Ilavarasan" (Prince) or "Ilavarasi" (Princess) and the Royal Style includes the qualification of "Royal Highness" (HRH) or "Highness" (HH), according to the hereditary customs of Jaffna.

The Head of the Royal House of Jaffna, his wife, his heirs, and his family members bear the Title of Ilavarasan or Ilavarasi with the Style of His Royal Highness or Her Royal Highness (HRH) within the dynasty.

Other members of the Royal House bear the Title of Ilavarasan or Ilavarasi with the Style of His Highness or Her Highness (HH).

Some of the members of the Royal House bear the Title of Ilavarasan or Ilavarasi without any Styles.